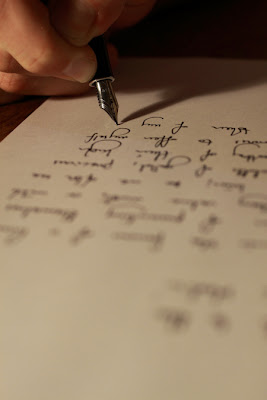 David Paulides, the leader of the organization that started the Bigfoot DNA project officially responds in an open letter to the people who are leaking the Bigfoot DNA test results. With all the shenanigans and misinformation surrounding the DNA research and how the samples were attained, David finally decides to step in and set the story straight. This article was originally posted on his blog at www.nabigfootsearch.com.

The Bigfoot Blog is the voice of North America Bigfoot Search.

This bigfoot world is an amazing place with equally amazing people.

As the leader of the organization that started the Bigfoot DNA project, the organization that has supplied the most specimens and the person who is sitting on the sidelines watching statements made about our supposed results, I am highly disappointed in some people, people that asked to join the project, people who were embraced and given opportunity and specified access.

The statements you are reading in the media about our supposed results hurt all members of our team, members that have sat on the sidelines, kept their secrets to themselves, quietly and professionally did their jobs and chose to abide by an understanding that nobody would make statements until the scientific white paper was printed in a science journal.

Certain individuals that were allowed to join the project have personal objectives that were more important to them then the teams objectives, something that can never be compromised when you’re a member of a progressive team, the team always comes first. If you’ve ever been a member of a team, any team, the success of that team brings ongoing discoveries and synergy that can last for years. This team overcame significant obstacles, weathered the storm, stayed together, the consummate word “together”, and they had compassion for others feelings and concerns. To borrow a statement I continually heard from my years of playing on sports teams, “There is no “I” in team.”

I’ve been at this for over six years and continually on the DNA Project for three. Standing next to me for these years is a group of phenomenal researchers that haven’t asked for publicity, leaked information or tried to upstage their partners. We have all stood in line, quietly and respectfully waiting for the scientists, writers, hair and fiber experts and other contractors to complete their tasks, it has been lengthy

The reason why we took the DNA path is because of the aggressive assertions some researchers have made about the biped. DNA is the fingerprint of life, DNA identifies what the biped is, and we then have an indisputable answer. Remember, this isn’t a one or two specimen; these are samples from across North America. This isn’t one laboratory doing the testing; several have crosschecked the work of others. There is a specific story line about each of the specimens, how they were obtained, witnessed and how they are associated with the biped.

I can guarantee that the information you are reading in the media is but a shot glass of sludge on a mountain of data. The people releasing the information have extremely fragmented data on two of our 100+ samples. These people are not DNA experts, have never worked in that field yet feels compelled to let the world know their opinions. When we started the process of accumulating specimens we had hoped for a dozen, the project slowly grew and momentum took hold and we started to get inquiries from across North America. The results have been nothing short of enlightening, encouraging and surprising.

Dr. Melba Ketchum is the star of this team. Yes, we did interview a variety of scientists prior to enlisting Dr. Ketchum’s services, but she had the interest, background and demeanor to work with a variety of personalities and professions and be successful in the endeavor. Without Dr. Ketchum’s nonstop commitment to this study, it would never have reached the point it has today. She has attempted to balance a myriad of interests while keeping a professional and polite demeanor; she should get a gold medal for her efforts.

The next time you read anything associated with our project, understand that unless it comes directly from Dr. Ketchum, nobody has all of the results. There is only one DNA expert who has all the data sitting in front of them, Dr. Ketchum. There will always be people in this world who want to inflict pain and suffering into others who have worked years at a project, for little or no compensation, and it’s those people that gain some level of satisfaction in knowing they’ve inflicted that pain, taken the air out of that balloon, it’s those people I feel sorry for, for it’s those people who don’t understand that there is a far greater success in being a member of a group and not being an individual.

Thank you Dr. Ketchum for your nonstop commitment to this project!

Yes, we are still accepting specimens for DNA testing. The DNA Project has a benefactor who pays for the testing process, the testing process and examination by a hair and fiber expert costs the submitter nothing. If you are interested in submitting a sample, please contact me directly.

Thank you to each of you who have participated and supported each member of our team. You have my personal apology that this process has taken three years, but great results take time, it will be worth the wait.