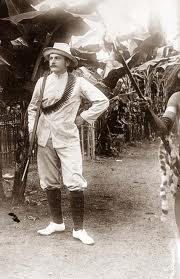 On Monday, Robert Lindsay sent me a link to his article about an extraordinary claim by a man known as "Bear Hunter". This man tells a tale of another hunter who during an illegal bear hunting season shot and killed two Bigfoots. He said the man knew the larger creature he shot wasn't a bear because it was standing upright and waving it's arms. As we read the story, it became more intriguing and started to sound like the National Inquirer magazine interviews. It went into great details about how this man has killed over a 1000 bears in his lifetime, and how he might have chopped up the bodies and threw it into his freezer for safekeeping.

One Bigfoot he shot was just a juvenile and actually died in the shooter's arms. "The hunter said that two small creatures, 'half-bear and half-ape,' appeared sometimes on two legs and sometimes on four legs. They got aggressive with him and moved very close to him. At one point, one got on a ledge above him and seemed to be threatening it. He shot it out of fear it was going to attack him," said Bear Hunter. 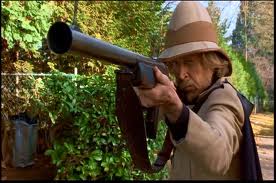 On the same day Lindsay's article was posted, Cryptomundo picked it up and re-posted it on their website. A reader named Derek Randles, founder of the Olympic Project decided to comment and gave some clarity to this story:

The discussion on BF Forum about this is interesting and intense. There’s a poster named “Derekfoot” who claims to know the shooter. Apparently, the existence of bodies is overstated a bit. He writes: 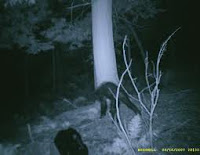 “It’s also very important to note, he never gave Sasquatch a second thought. He was a complete skeptic. Because of his unfamiliarity with the Bigfoot subject he had no idea of what he was looking at through his riffle site. He assumed that it was a very strange looking bear that was standing on it’s hind legs. In his mind that’s all it could have been, a bear. When the bullet hit its mark, it started to become apparent that it wasn’t a bear. It did not drop right there, it ran off. They thought they heard it crash in the brush but did not see it go down. Things started getting very weird at this point. Two smaller creatures appeared from the brush, sometimes on two feet, and sometimes on all fours. In his description they looked like a cross between an ape and a bear. They got very close to him and at one point one positioned itself above him on a outcrop. He shot it out of fear of being attacked. Probably the same thing I would have done in the given circumstance. When I’m in the wilderness I always pack a gun to protect my self from wild, sometimes unpredictable animals. There are a few times I thanked God I had it. This was starting to feel like a nightmare to him and he quickly left trying to wrap his mind around what had just happened.

It’s very important to note that he doesn’t feel good about this incident. As a matter of fact he felt terrible. This was a case of miss-identification plane and simple.

At a later date a search was carried out at the site and a piece of flesh was recovered. NOT A BODY, only a small piece of flesh witch was later cut in two pieces, hence the cut line. I’ll say it one more time, no body’s were found or recovered.” 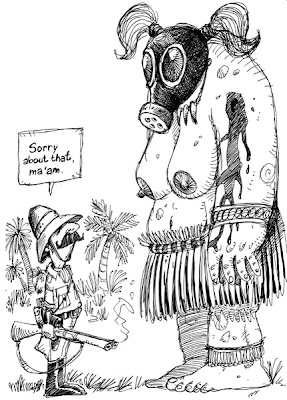