Is This the Vietnamese Rock Ape? 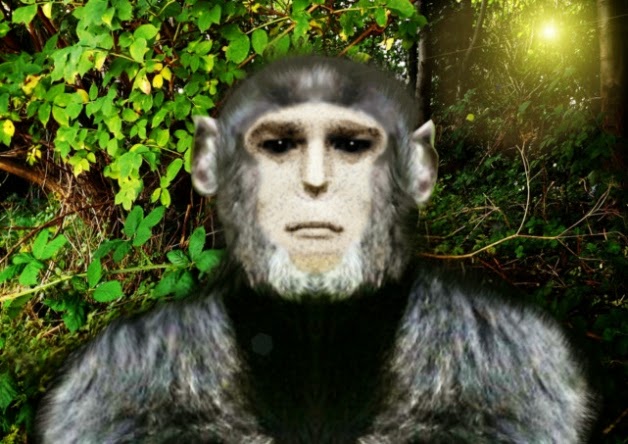 Information comes from all over the world thanks to the Internet, and you never know where you'll find it. This article was published on the website of a Buddhist Monk! Even he likes a good bigfoot story.

For untold millennia the area has been inhabited by indigenous peoples such as the Ba Na, the Ro Mam, the Xo Dang, the Brau, the Gia Rai, and Gie Trieng.

But it is not only these ancient tribes-people who inhabit Kon Tum. The area also plays host to a bizarre group of creatures called the Nguoi Rung, or “Forest Dwellers”.

On the August, 23 and 24, 1947, a number of Sedang, Jarrai and Banhar people reported sighting some of the Nguoi Rung near their villages.

Investigations into the sightings proved inconclusive, but from that point forward, the mysterious Forest Dwellers appeared regularly – if not frequently – to farmers, soldiers and fishermen alike.

In 1982, Professor Tran Hong Viet, who later lectured at the Pedagogic University of Hanoi, stumbled across a footprint of a Nguoi Rung and made a plaster cast of it.

The print measured 16 centimetres by 28 centimetres. The length wasn’t extraordinary, but it was much wider than a normal human footprint.

The toes, too, were longer than human toes.

Trang Hong Viet found the print on the slopes of Chu Mo Ray Mountain – a mountain which, not coincidentally, lies in the heart of Kom Tum Province, where the creature had appeared during the 1940s.

But who are the Nguoi Rung? A tribe of humans that had managed to isolate themselves from the rest of humanity for ages, or perhaps an undiscovered species of hominid like the Yeti or Bigfoot?