Is This The Ohio Grassman? 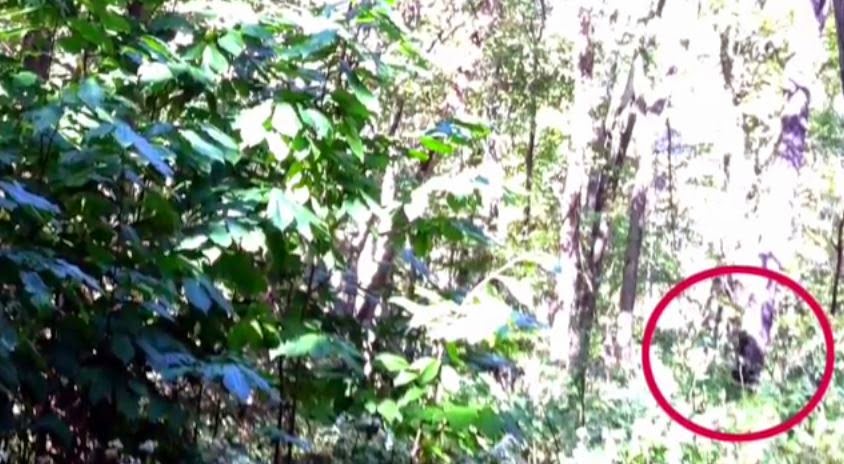 During a casual hike at Salt Fork Park in Lore City Ohio last week, YouTube user, bubohio photographed this strange looking figure. According to the bubohio, the figure appeared "two people on horses rode thru." Moments before that, they claimed to have seen two small deer run full speed out of the area. Is it possible that this thing was chasing the deer? They also found a couple of broken trees and even some tracks. A video was uploaded to their channel: