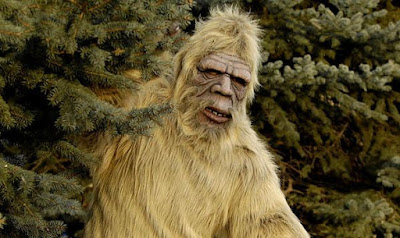 Check out the recent bigfoot activity in St. Louis County, Minnesota, as featured on the radio channel B105.

There have been several Bigfoot sightings in St. Louis County - 19 to be exact!

The last one was on April 26th of 2018. Bigfoot was spotted 2 and a half miles south of MN Highway 73 and Highway 53 North near Cook, Minnesota.

According to the report, the witness saw a "large brown animal sitting on the north side of the road in the grassy area of the ditch." After a few seconds, the animal stood up and took a few steps to cross the road. The grass where the creature had been was patted down.

The report also says the creature was about 7 to 8 feet tall. It all went down around 2:15 in the afternoon.