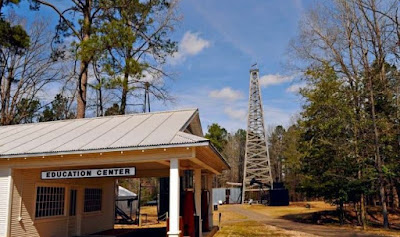 The Arkansas Museum of Natural Resources has several upcoming events planned, including a bigfoot presentation with author Lyle Blackburn.

At 2 p.m. on Sunday, Feb. 24, author Lyle Blackburn will present a PowerPoint presentation and book-signing about the history of Bigfoot in Arkansas and the famous Fouke Monster/Boggy Creek.

This is not the first time Union County has been visited by Bigfoot experts. According to an article by Toni Walthall published in the El Dorado News-Times on Tuesday, May 31, 2005, investigators from the Bigfoot Field Researchers Organization (www.bfro.net) went to El Dorado to follow up on a Bigfoot sighting on Victor Dumas Road.

Blackburn is a native Texan known for his work in writing, music, and film. He is the author of several acclaimed books, including “The Beast of Boggy Creek” and “Lizard Man,” whose subject matter reflects his life-long fascination with legends and sighting reports of unknown creatures. Lyle is a frequent guest on radio programs such as Coast To Coast AM, and has been featured on numerous television shows airing on Animal Planet, Destination America, Discovery Science, and A&E. In his work with Monsters and Mysteries in America, he served as both consulting producer and special episode host.