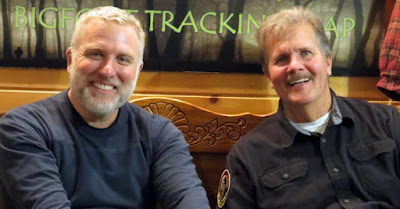 Cliff Barackman of Finding Bigfoot fame is stepping into a new business and launching his own bigfoot museum. Reportedly, this is the first in what some hope to be a chain of bigfoot museums around the country.

The seed that began the North American Bigfoot Center was planted in September of 2017. I was at a bigfoot conference when my friend, David Bakara, approached me and told me that his new bigfoot-themed museum, Expedition Bigfoot, in Blue Ridge, GA had grown into a successful business. David immediately started encouraging me to open something similar on the West Coast. He explained that the interest was there, my location was perfect, and I had the position in the Bigfoot Community to add credibility to the venture. He added that he suspected I had more than enough evidence and artifacts to fill two museums.

At first, I was skeptical because so many bigfoot museums had come and gone over the years. I wasn’t so sure this was a business model that would work. It was a few months later that I verified through a mutual friend that Expedition Bigfoot was in fact being successful. Still, much like bigfoot skeptics have told me over the years, I had to see it for myself.

I reached out to David again and asked to come out to see his museum for myself. David was more than cooperative and allowed me to set up a two-night speaking event at his museum to pay for the trip’s expenses. Both nights sold out within a week, and a month or so later I found myself on Expedition Bigfoot’s doorstep.

I was very impressed with Expedition Bigfoot. David’s take on a bigfoot museum was one that hadn’t been tried yet. There was a sort of Disney-esque feel to Expedition Bigfoot that made for an exciting visit for children and the young-at-heart alike. However, there was some real meat to the museum as well. There were interactive displays, fantastic visuals, and footprint casts. History was also present in the display room with a large section occupied by original bigfoot and yeti artifacts from the collection of Tom Slick, the first organizer of expeditions in both Asia and North America back in the late 1950’s. The look and feel of the museum resonated with my elementary school teaching background. I felt I could do this.