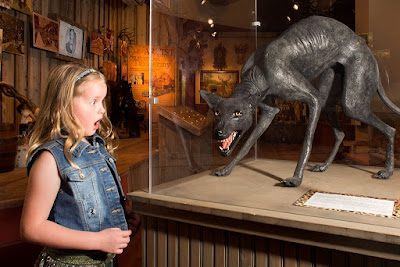 With Halloween approaching, everyone is catching up on their scary stories and legends. Here's some of the more spooky urban legends coming from South Texas.

This mythical creature has been known to drain the blood of farm animals and haunt the southern United States, Mexico, Puerto Rico and South America.

Referred to as the "Bigfoot of Latino culture" by CNN, the chupacabra folklore had a resurgence in the '90s when farm animals began turning up dead with their blood drained.

While descriptions of the creature vary, it is commonly described as a reptilian or dog-like creature with a row of spines on its back.

In 2007, a woman gained global attention when she discovered a supposed carcass of a chupacabra in Cuero two hours north of Corpus Christi.

Texas State University conducted a DNA test of the animal and discovered the creature to be a hairless Texas coyote, according to the university's website.