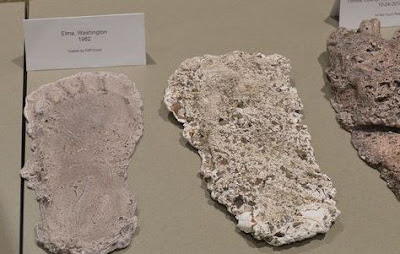 A Kentucky library hosted a recent bigfoot educational event, where Charlie Raymond of the Kentucky Bigfoot Research Organization was the host of the Bluegrass Bigfoot event.

"I first became interested in Bigfoot when I was a kid," said Raymond. "I lived in South Florida and heard about the Skunk Ape" which he said was the name used for Bigfoot in Florida. Raymond added that watching In Search of..., a television series from 1977 hosted by the late Leonard Nimoy which investigated paranormal events and encounters, inspired him to learn more about the creature.

"I grew away from Bigfoot when I went to college," said Raymond, "but when I moved to Kentucky 30 years ago, all the forests here rekindled my interest." After forming the Kentucky Bigfoot Research Organization in 1997, many witnesses have come to him to talk about their experiences.

"They spend their time and gas to come talk to me in person. Some of these people remain anonymous because they don't want the attention," said Raymond. He pointed out that even park rangers and members of law enforcement have come forward anonymously because they fear losing their jobs.