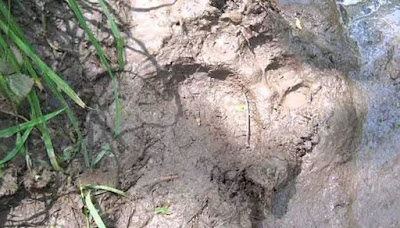 North Carolina Bigfoot was recently featured in an article talking about the group's evidence of bigfoot in North Carolina that they have collected.

A group in North Carolina is claiming they have evidence that Bigfoot exists.

The group North Carolina Bigfoot has posted photos they claim to be evidence of Bigfoot, including footprints and bent branches, over the years.

North Carolina Bigfoot claims evidence of Bigfoot sightings have been found in Pender County, the Uhwarrie Forest, and Lake Hickory.

The fascination with Bigfoot is also spreading to North Carolina classrooms.

Charneski said he became involved with Bigfoot Research Field Organization ten years ago and now serves as investigator for the organization.