Bigfoot On The Navajo Rez Part 2 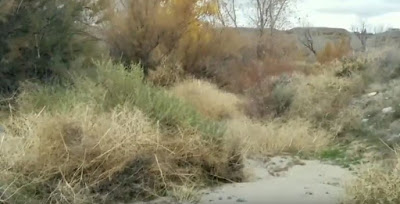 After spending one month hunting for bigfoot I gave a couple from the Rez a ride to Walmart to buy groceries. On the way back To Upper Fruitland Navajo reservation the wife saw the Sasquatch first, then her husband and i was last to get to see it. I immediately pulled over and filmed what I could before he hid behind the bushes. I filmed with my phone. Galaxy 8s+ , i was zoomed in all the way. I then let the couple take my car and i went after it on foot. It was a 3/4 of a mile to the spot of the Bigfoot. I filmed this adventure and will upload the rest soon. Even though people live on the San Juan River edge it doesnt make it impossible for a Bigfoot to walk by. The people there are all to familiar with this being and have for centuries. So here's what happened after those 4 minutes in part 1.