Cliff Barackman Takes A Look At The Duhon Photograph 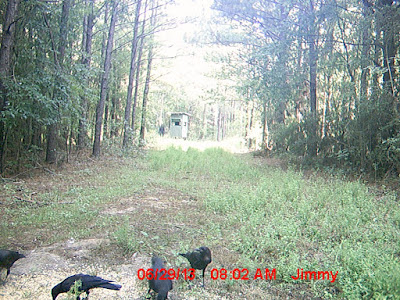 One of the most widely debated photographs, the Duhon photo, shows what some believe is a bigfoot creature in broad daylight. Finding Bigfoot's Cliff Barackman takes a look.


The evidence that brought the Finding Bigfoot team back to Louisiana came in the form of a trail camera photograph. The picture was taken on June 29, 2013 at 8:02 am and shows a murder of crows in the foreground. This group of crows is clearly what triggered the camera, yet far in the background next to a hunting blind is an upright dark figure. There are photographs from a minute or two before and after the picture in question, and the figure is not in either, so it is not a play of light and shadows. Whatever this figure is, it is a living, mobile creature.

The figure can only be a human or a bigfoot. It is standing upright and has broad shoulders. What appears as two rather bow-legged legs is a visual exaggeration created by a plant in the foreground. On enhanced and zoomed versions of the photograph, there appear to be either shadows or other other differentiations that suggest pectoral muscles or perhaps breasts. There may be a light spot on the face of the figure that would be bare patches of skin on the cheeks and forehead.