The Search For China's Bigfoot 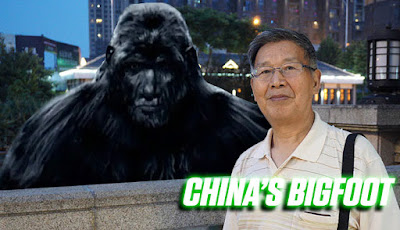 From the Crypo Blast: In Search of China’s Bigfoot

Around 5 a.m. when 29-year-old Chen Liansheng, at the time the deputy director of the Shennongjia party office, was startled awake by a shout from the driver: “There’s something up ahead!”

Food was scarce in Shennongjia at the time. If the group had stumbled upon a wild sheep or goat, it would present a rare chance to fill the stomachs of several households. But as Chen stared through his bleary eyes at the animal standing in the car’s headlights, he realized something wasn’t right. This was no sheep; it was the same height as a tall human and walked on its hind legs.

Buoyed by their advantage in numbers, Chen and the other three passengers in the back jumped out of the vehicle to surround the animal in the hope of capturing it. As the group came close, Chen saw that the animal’s body was covered in red fur. Frightened, the animal grasped at the branches hanging over the track to pull itself up and on to the slope beside the track, but failed and fell down into shrubbery before running off.