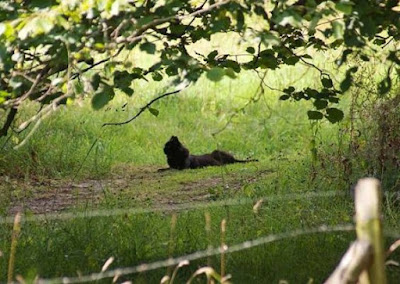 A man in Monterey County on Tuesday said he saw an ape-like animal and that it tried to attack his cat.

David, a 35-year-old general contractor from Salinas claims the creature has been messing with his property since June and there is a group of them.

Reportedly, the man heard a growl as it “tried to attack” one of his pets.

A few minutes later, David explains, one of his motion alarms went off. It was then that he decided to find out the source of the ruckus.