Ohio's Other Cryptid The Loveland Frogman 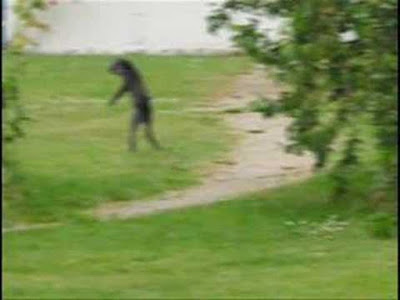 The Ohio Grassman isn't the only cryptid Ohio is known for. It also lays claim to fame of the Loveland Frogman. Yes, frogman. The story has different variations of what exactly happened that led to the sighting of the frogmen in 1955, and some might say that casts a pretty big shadow of doubt on if it is true or not. But that wasn't the only sighting. Even a police officer has seen the frogman of Loveland.

Moving forward in time, the next encounter with the Loveland Frogmen gives us an exact date, time, location, and a seemingly credible witness. On March 3, 1972, at 1:00 a.m., police officer Ray Shockey was traveling on Riverside Drive headed into Loveland. The police officer was traveling cautiously due to inclement weather (described as icy roads), when he saw an animal on the side of the road. The creature scurried across the road and the officer stated that he slammed on his brakes to keep from hitting it. Once stopped, the officer had the creature fully illuminated in his headlights. He went on to describe the creature as crouching like a frog. Then the creature went on to stand erect, bipedal, and stared directly at the officer. Finally, it turned and climbed over a guard rail down into the Little Miami River. Again, the creature is described as being 3 to 4 feet tall, 50 to 75 pounds, with leathery skin and resembling a frog or lizard. Further investigation by other officers found that the guardrail had distinct abrasions exactly where it was reported that the animal crawled over the metal barrier.