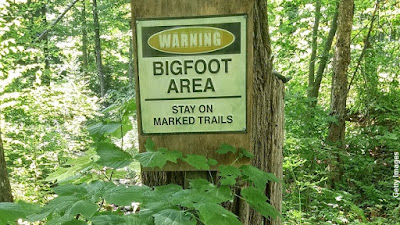 The veritable spirit animal of C2C, Bigfoot remained at large throughout 2015, despite ongoing attempts to ensnare the beast by Sasquatch seekers.

Although the creature managed to evade capture for another year, it seemed to pop up in videos from around the country, some which we highlighted here on the Coast to Coast AM website during 2015:

Bigfoot may have been spotted, via webcam footage, roaming Yellowstone National Park.
The creature was possibly filmed dashing behind trees near a snowy Utah forest.
Perhaps tired of the snow, the cryptid was allegedly seen in the swamps of Lettuce Lake, Florida.

Bigfoot hunting proved to be so popular that a local news station in Oklahoma joined in on an expedition and an Illinois professor embedded himself with Sasquatch seekers in order to understand their fascination with the creature.

Strangely enough, the cryptid got tangled up in legal matters during 2015 as Bigfoot hunters were blamed by Texas officials for thwarting the capture of marijuana famers and a court case in Iowa made headlines as attorneys battled over a defendant's hobby of Bigfoot hunting.