Bigfoot In The Ozarks Is It Fact Or Fiction? 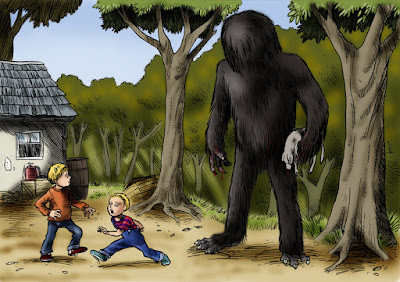 KSPR 33 in Missouri asks the question "Does bigfoot really live in the Ozarks?" Missouri and the area of the Ozarks are rich in bigfoot history. Sightings come in from the Show Me State on a yearly basis. They even have their own special bigfoot creature called "MoMo" which is short for Missouri Monster.

"Missouri has a long history of Bigfoot activity," says Bigfoot researcher. "News reports dating all the way back to the 1800s, the Kansas City Star, the New York Times have reports about the Wildman of the Ozarks."

Dozens of people across the Ozarks every year claim they see the ape-like creature. And the reports may not be from people you’d think.

"That Sasquatch are persistent mystery that have been in records in sightings and drawings for thousands of years," said Cliff Barackman of "Finding Bigfoot."

Ron Boles, the man who heads up the local chapter of the Bigfoot Research Organization and Cliff Barackman, the man behind Animal Planet’s “Finding Bigfoot” say a lot of people are fascinated with the idea of Sasquatch.

"I think that the idea of a real monster that is so similar to us walking around really grabs our attention," said Barackman.

And these investigators say there’s evidence.