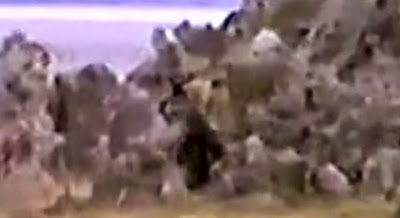 If you've ever been to Mono Lake, there's no reason for anyone to be out there in a gillie suit. If this is a dude, it's one creepy dude, but I don't think this is a dude. It's definitely something hairy and Bigfoot. A couple of years ago, we ran the story explaining the original report, and it's downright creepy!