This is a guest post by bigfoot enthusiast and artist Aaron Akagi.

I recently had the opportunity to watch the highly anticipated Bigfoot documentary Small Town Monsters: The Minerva Monster by filmmaker Seth Breedlove. The film recounts the events that befell the Caton family at the end of August 1978 as told through interviews with sheriff's deputy, James Shannon and Akron Beacon Journal reporter, Barbara (Mudrak) Galloway. Both of whom investigated the incident. The Caton family described a large hairy manlike creature that repeatedly threw rocks at their home and watched the family from a hillside overlooking their home in Paris township, Ohio. Representing the Caton family, son Howe Caton shares his memories of the incidents his family endured from the creature when he was a child. Several other townsfolk are also included in the documentary with their own alleged encounters with the Minerva Monster. To help frame the film, local historians and the town mayor give us a thorough history of the town of Minerva itself. All the interviews are suspensefully woven together with a haunting soundtrack by Brandon Dalo.

Seth Breedlove does a masterful job by leaving out the camp and silly reenactments that many Bigfoot TV shows and documentaries tend to rely upon. Breedlove presents us with a story that actually happened as told by several witnesses during and surrounding the incidents and then lets us decide where we choose to draw our own conclusions. In this way, it is one of the most professional documentaries ever told about the elusive subject of Bigfoot and gives credibility to a topic that is in desperate need of being taken seriously.


You can rent or buy Small Town Monsters The Minerva Monster at the link here. 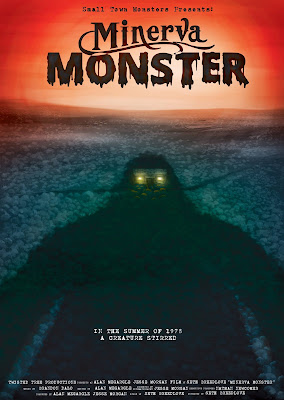