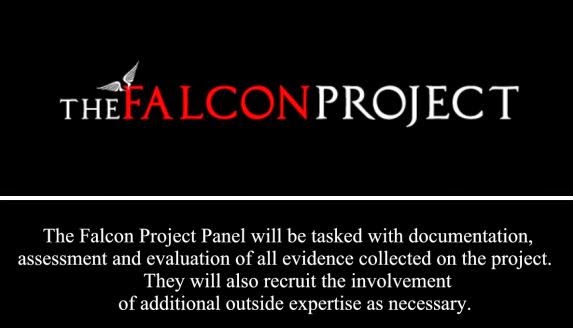 It looks like the Falcon Project is going to happen sooner than thought. A month ago, Falcon Project founder William Barnes released the names of team members, and who will be the "boots on the ground" people. The most expensive Bigfoot research in the history of Bigfoot will be starting up in about 70 days.

"The first phase of the project will be 70 days from now -- Boots on the ground" Barnes wrote in an email to BFE. "We have 15 man surveillance team. They will be out there for six months collecting data and info and forensics."