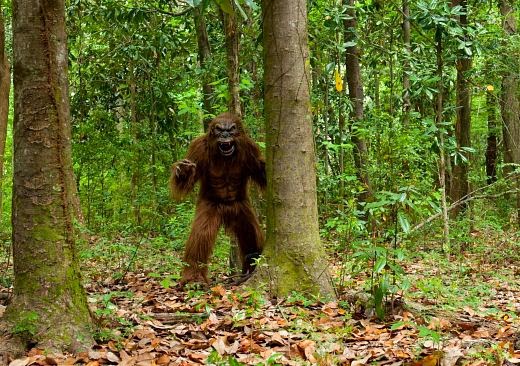 According to the report, the creature opted to neutralize the father first. His daughter watched in disbelief as the terrifying event took place.

“He goes naked, covered with hair, is gigantic in height, and his eyes start from their sockets,” the newspaper wrote.

The strange creature caught the man “in a grip like that of a vice”, pinned him to the ground, and tried to bite the astonished victim. Hunter and prey struggled for a while, diving into the deep mud and “half suffocating”.

Its eyes, the victim had reported, were “burning and maniac”, and they “glared into his own with murderous and savage intensity”.