This Dead Bigfoot Photo Was Taken In 1894 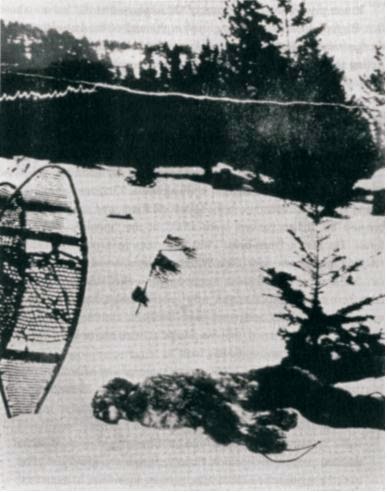 This photo has been circulating for quite a while. It's made the rounds on all the bigfoot blogs and websites, but we never knew the story behind it or where it came from. Now we know! The story behind this one is an interesting one. Check it out:

"The story that this photo tells us is that in 1894 in the wilds of western Canada some trappers and mountain men encountered a bigfoot and shot him. It may have happened near their cabin. They took a photograph of it. But there is more: the photo had some writing on the back of it, maybe in the hand of Lyle Billett. The back of the photo bore this text:

They took the picture and the Guy that was in the picture went & stole them back from the forestry records (hudsonbay co.) I believe his last name was Holiday (Don't know the first name)

Never took all the pictures (only one) and took pictures of the rest.

There is also this photo below, which was reportedly taken in the Pacific Northwest in the 1940's. The origin of this photo is unknown. Is the government trying to cover these things up?

If anyone has any more information about the above photos, please contact us. We'll keep you updated with any new information or photos that turn up.