Is This Photograph of a Family of Bigfoots In a Cave? 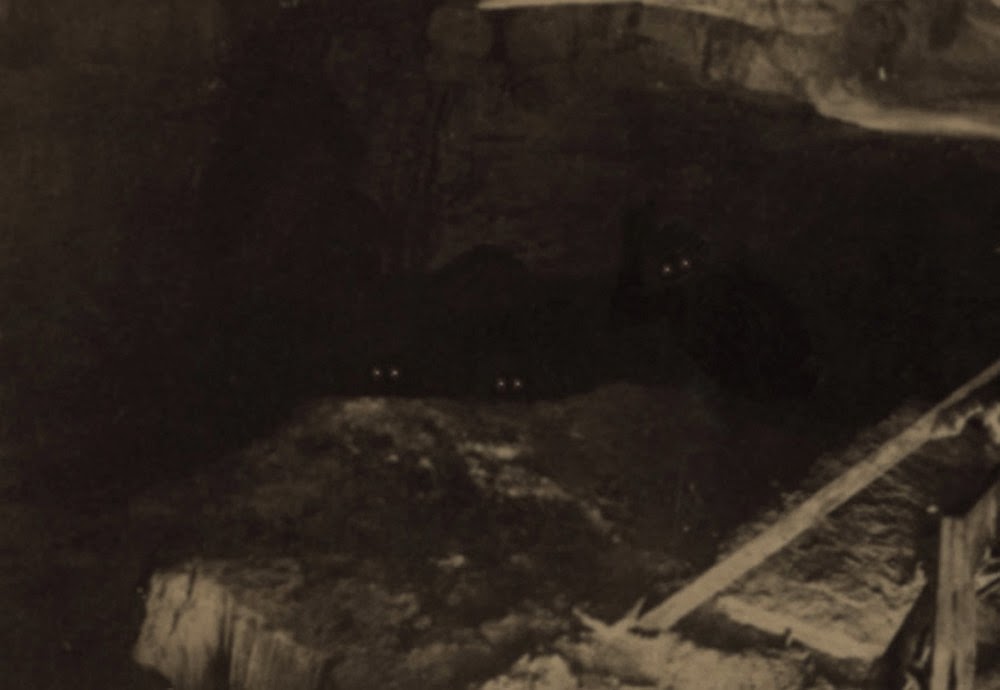 This photo was taken in 1895 by an amateur spelunker/photographer named Oren Jeffries while exploring an unmapped section of Grand Caverns, in Southwestern Virginia.

At the time it was taken, Jeffries was conducting photographic experiments, using super long exposures to see if anything at all could be captured in the total absence of light—otherwise known as “cave darkness.” He would situate himself on level ground, extinguish his lantern, and then open the lens of his homemade box camera for as long as he could stand the darkness.

During one of these experiments, he heard something approach from the deeper recesses of the cave. Frightened, Jeffries abandoned his experiment and set off one of the Blitzlicht flashes he used for taking traditional photos underground.

According to the report he later gave to a local newspaper, Jeffries saw three “humanoid” creatures staring at him from the shadows and took off running in the other direction and didn’t stop running until he was topside. Several days later, he returned with three other men to retrieve his box camera. This is the image that was recorded on the film inside.