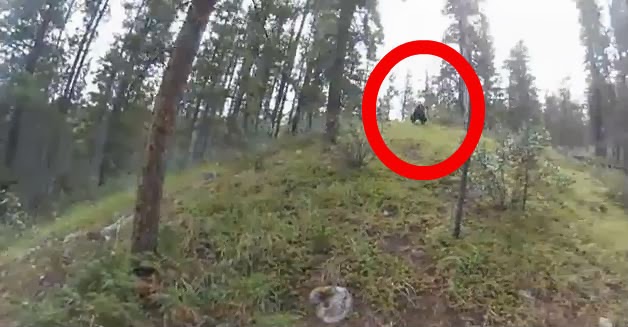 Here's a video of some mountain bikers who had the scare of their lifetime when they came face-to-face with a mother grizzly. The story of how they survived the attack is below:

While mountain biking in Jasper, Alberta on August 4, 2013, my cousin Dan and I were charged by a grizzly sow three times.

We were riding single track just outside of Jasper town-site (9c) when the encounter occurred. I rode to the top of a hill and applied the brakes to wait for Dan and plan my descent. My brakes squealed a bit, then I heard a growl and looked to my right to see a grizzly bear charging at me.

After careening down the hill a bit on my bike, I was able to distance myself from the bear. According to Dan, who was subsequently charged, the sow stopped on the trail where I had been standing.

When Dan arrived on the scene, he created a distraction, which drew the bear to him. He managed to grab the bear spray from his bag in time to brace himself, but the bear stopped approximately 10 meters from him - just outside the spray's effective range. Frankly, I'm glad we didn't have to injure the mother in any way.

Meanwhile, I worked my way along the bottom of the gully toward Dan so that I wasn't alone in the rough bush. As I reached him, the sow and her cub charged toward us slightly once more before heading away in the direction that we had come from.

We waited a few minutes, then walked away from the scene along the trail with bear spray in hand.