Some People Are Tracking Down The Maker of Rick Dyer's Bigfoot Dummy, And They Are Getting Close 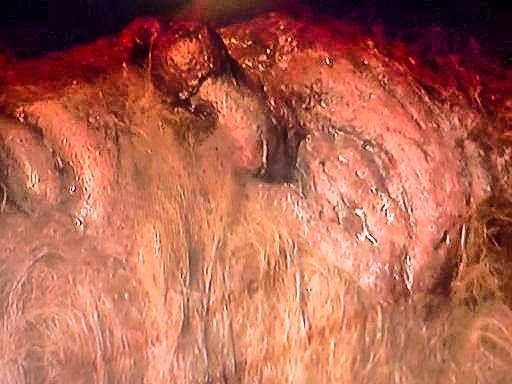 While the people who made Rick Dyer's Bigfoot dummy will never come forward to claim they made the dummy (obviously due to business reasons), Paul E. and company have been diligently trying to convince one person who claimed he was contacted by someone named "Rick Deer" who asked for a "realistic Bigfoot body that could be put on display and toured". A screengrab of the conversation is below: 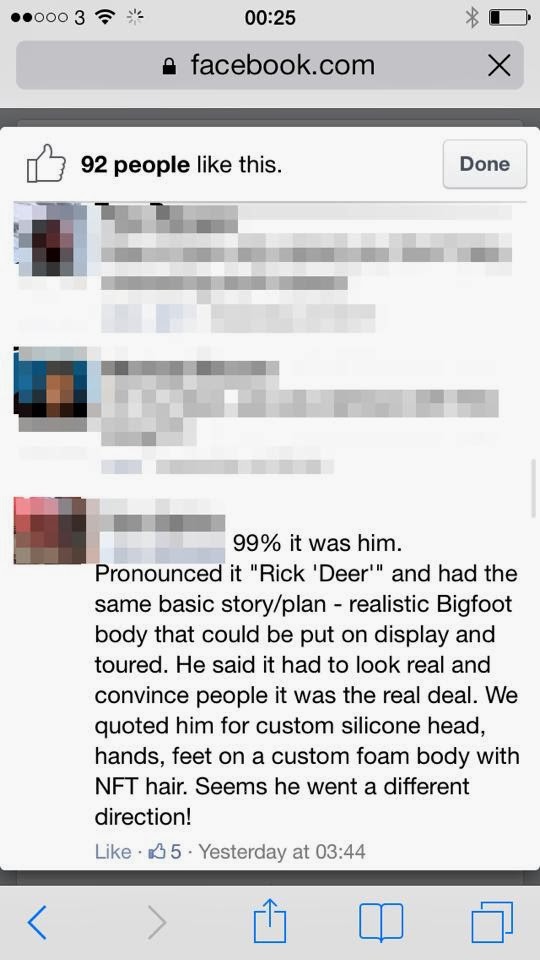 "I am soooo tired of supposedly reputable people giving Rick Dyer any credence or plausibility whatsoever. I recently posted a screen grab from a SFX guy who confirmed he was contacted by Dyer to create a fake Bigfoot body. His price was to high for Mr Dyer. Thanks to the work of a small dedicated, diligent group of individuals we now know who did make the body. We know where it was made, when it was made, how it was made. The person in question refuses to come forward and admit to his handy work. This may be due to professional and/or legal reasons or simply pure embarrassment or shame. The very simple fact is that Rick Dyer is a known and serial hoaxer. This hoax (his fifth) is without doubt the most ludicrous to date. He has failed to provide one piece of scientific verifiable data to support his claim. His story has changed numerous times as indeed has the physical appearance of his 'dead Bigfoot'. If anyone out there in Bigfoot land still gives Dyer even a 0.00000000001% chance of actually having a dead Bigfoot then not even the voice of God will dissuade you from your stupidity." - Paul E.