Thanks To Ralph T. For This Little Trip Down Memory Lane [Hank Bigfoot] 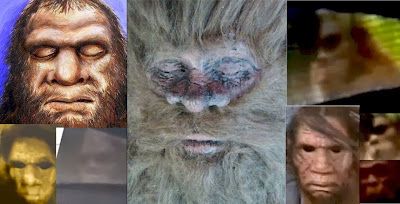 Now that Rick Dyer is making his rounds going to the media about his little plastic friend "Hank", Ralph T. on Facebook has compiled the morphing faces of "Hank" taking shape since the beginning of the saga. The compilation starts from an artist rendering based on Musky Allen's description of Dyer's dead Bigfoot (he swore on his unborn child that he saw a dead Bigfoot but then later admitted to lying about the whole thing), to a stolen image from the Morgan Mathew's documentary "Shooting Bigfoot". Taylor also shared a short message by the now defunct group, Facebook Find Bigfoot, reminding us who perpetuated the hoax:


And yes, Dyer, who was caught red-handed in 2008 said he would do it again. Thanks to Dr. Mathew Johnson for the image below: 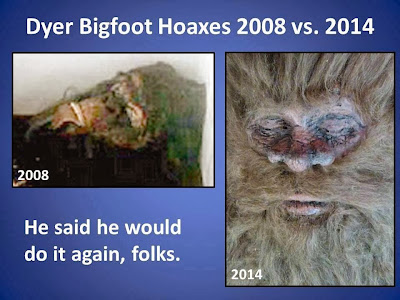