Are You Good at Analyzing Things? Derek Randles Needs Help With This Footage 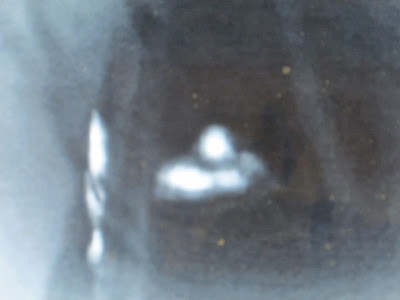 Jonathan Brown and the Olympic Project team has presented their evidence. Now, it's your turn to see if the evidence supports the claim. Is this footage of Bigfoot? If so, what else can you observe? If you think you have something to share, now is the time to help out the community. For the raw information and footage, you may want to send the Olympic Project a message letting them know you're interested. OP project founder Derek Randles released the following statement not too long ago on Facebook:

Just wanted to get a message out. We do want people to analyze the still shot and video we've released. For those purposes please feel free. Many eyes are a good thing, and maybe something will be noticed that we missed. We do have a few people working on it, but by all means please do so if you want to. We very much appreciate the help. We are a volunteer Org and we're doing the best we can with what we have. We are very excited about this, but even more excited about the potential of this study site, and we're just getting started there. Hopefully this will be the worst footage we release. We've also been doing a ton of audio work there spearheaded by David Ellis, and we are getting an amazing amount of knocks, vocals, screams as well as a myriad of other noises. We have decided to take this approach of quick release for many reasons. It gives everybody a chance to weigh in on evidence produced. There are a lot of qualified people out there, and we appreciate the help. Also, We are tired of researchers sitting on evidence for weeks, months or even years. It's obviously a researchers right to do so, but it's also one of the fastest ways to loose your credibility. So we decided to do this one differently. I stated years ago that when the Olympic Project had something good to put out there, it would be put out quickly, and that's what we're doing. Its should also be noted that we will not engage in a pissing match with anybody. We will stay on the high road and live and let live. Everybody's entitled to their opinion and we respect that. Thanks..and very hopefully...more coming soon.