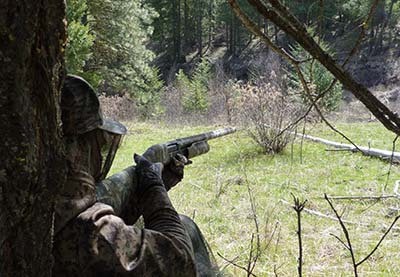 Johnny Bigfoot just posted on his blog that the alleged "Bigfoot shooting" probably took place in Somerset WI -- not Somerset PA or North of Altoona, Pennsylvania as we reported Tuesday. What was originally heard on a ham radio was probably misconstrued and relayed to the Pennsylvania Bigfoot Society. According to a statement from a person named "Ray H.", in April, there was a report about a turkey hunter who shot another turkey hunter who was wearing a ghillie suit. "Somehow this all got twisted around and contorted from the original ham radio broadcast - Somerset which led people to speculate it was western PA and then somehow bigfoot got thrown around in the story... This is a prime example on how the chain of information gets altered each time it is passed on," Ray explained.

Johnny provided this news story from kare11.com confirming the shooting:

SOMERSET TOWNSHIP, Wis. - A Washington County Sheriff's commander is recovering at a Twin Cities hospital after being shot while scouting for a turkey hunt in western Wisconsin. St. Croix County deputies were called to the 1900 block of 80th Street in Somerset Township just before 7:30 a.m. Tuesday on reports someone had been shot. When they arrived on the scene witnesses told deputies that a group was hunting turkeys when one hunter fired a shotgun and struck 53-year-old Commander Jerry Cusick. Washington County Sheriff Bill Hutton says Cusick, a 28-year veteran of the department, was unarmed and was walking an area where he often hunts when he was shot.

Cusick was transported to Regions Hospital in St. Paul; The Pioneer Press says he is reported in good condition. St. Croix County investigators and the Wisconsin Department of Natural Resources (DNR) are looking into the shooting to determine if criminal charges will be filed.


Judging by the fact that both shootings took place in towns with the same name and considering the following statement (that may have triggered the investigation) posted on the PBS Facebook page, it's possible that the whole "Bigfoot shooting" story may have been blown out of proportion:

"You guys might want to check out the somerset county state police call log. I heard a call come over my scanner about a gobbler hunter shot a bigfoot this morning and they did find a body. This is no joke that call was real." - Daniel C.

PBS has been investigating the matter and they are planning to release their findings on Thursday: "A joint statement will be released tomorrow in regards to the "Bigfoot shot in PA rumor." One of the investigators on the case has a meeting with an officer from the municipal police department. Some very interesting information was shared with us today that confirms my thoughts. Details to be released tomorrow evening."

Check out this Bigfoot Report news update from Ro Sahebi: