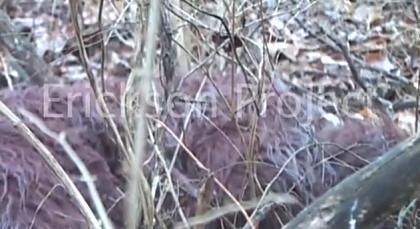 The Matilda Bigfoot footage has finally been release by Dr. Melba Ketchum and the Erickson Project. While some are saying it looks like a shag carpet and calling it fake, most have no idea that the 19 second clip is just a part of what Adrian Erickson has decided to release publicly. In the actual full-length video, the teenage Bigfoot actually gets up and walks up to the camera and growls. Black fangs are visible in the full video, and according to billionaire Wally Hersom and others who had the privilege to privately view it, it looks like a Wookiee from Star Wars.

Mysterious Universe just came out with a brand new podcast this morning. Listen to what they have to say about the video: