Matt Moneymaker On Team Quantra: No, they don't have a body 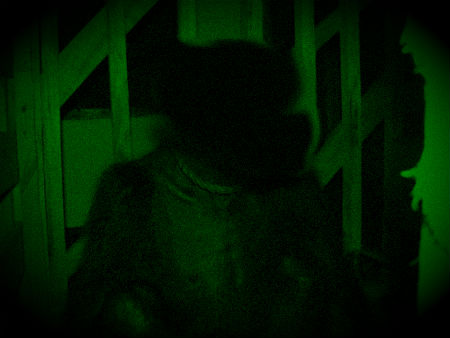 If there's something fishy going on in the world of Bigfoot, Matt Moneymaker is always the first to start calling people out. Moneymaker was the first to call out the Bigfoot-in-a-freezer hoax of 2008 and since then he's been right about many things including the much debated Russian Bigfoot video which FBFB thought showed a real Sasquatch-- The video was later proven to be an actor in a Bigfoot suit.

The latest claim to hit the Bigfoot community is coming from a group called Team Quantra. This group claims they are currently in possession of a live Bigfoot specimen named "Daisy". So far, the information is being relayed through Ed Smith, a former member of Quantra. According to Smith, Team Quantra is expected to make a press release about the capture.

On Twitter, followers have been bombarding BFRO president, Matt Moneymaker, with questions regarding Team Quantra. Moneymaker does not believe any of it. He suspects the person hyping the story may be "the same dude who fooled Autumn Williams", a well-known Bigfoot researcher.

"I don't even think the group exists. I think the story was cooked up by the same dude who fooled Autumn Williams. He's from TX," Moneymaker responded to one question about the group.

When asked about his thoughts on Ro Sahebi's video news about Ed Smith and D.W.Lee of the MABRC, Moneymaker wrote, "No, they don't have a body. And those aren't 'reports' you're hearing. It's just idle speculation turned into a rumor and hyped up."