Ed Smith Clams Up, Says He'll Shut Up About Team Quantra For Now 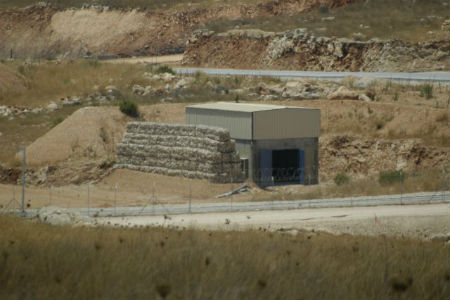 While we wait another 24 hours for the "press conference" to happen, here's the latest news to clear up a few things. First, the video Tim Fasano uploaded to YouTube about the release of "Daisy" is a satire piece-- a joke. Since publishing his video, Fasano has been inundated with emails telling him he's a liar and that the story about the release of "Daisy" can't possibly be true. To clear things up, Fasano was forced to put up a post on his blog this morning stating that Team Quantra has no Bigfoot "even if the team still exist".

"Team Quantra may not even exist. Has anyone even seen them, or the Bigfoot Dixie body? They should be called out now, and so should MABRC for their shamless promotion of this. It should not be a wait and see; it should be a dig in and find out who is lying. This whole episode sounds like something from the TV show 24. Is Jack Bower involved too?" Fasano wrote.

"My attempt at satire this morning about Daisy the Bigfoot seems to have fallen a little flat. People must be looking for hard evidence about Daisy and their not in a funny mood based on all the BS that has come down the pike lately. This new Bigfoot episode destined for the funny pages is not too hard to figure out. Someone is lying. ﻿﻿Ed Smith and D.W. Lee of MABRC have spun a tale they will never be able to come back from. I was actually offering them a lifeline of logic. They moved too slow on the prompt."

In response to Fasano's video, Steven Streufert of "Coalition for Reason, Science, Sanity in Bigfoot Research" wrote, "I think this is Fasano's idea of a joke." In the same thread, he criticizes Smith and Lee for confirming the capture:

The fact is that both Ed and DW have spoken words in confirmation of the capture. They got what they wanted so far, all those hits crashing their server. Now they are shooting to get that MABRC logo plastered all over the cable news networks. If this isn't true (I'm convinced it isn't) it will backfire on them in a big way. They will have lost all credibility, for good.
[...]
The real problem isn't the story, which may or may not be true, but rather the way it is being handled for attention and fame by the MABRC. Just like last time. DW actually confirmed the story, and then gave Ed the opportunity to fuel the fires even further. Then he came back the next day and minced his words and admitted that they don't know squat. By then it didn't matter... they were all the rage in the headlines, which is what they really crave.

So far, there hasn't been any more word about the press conference or the whereabouts of the supposed Bigfoot body from Smith. Smith stated earlier this morning that he will not be releasing anything else on the matter and he's now leaving it all up to Team Quantra-- that's if they exist at all.


Post subject: Re: Quantra may have captured a Bigfoot specimen.