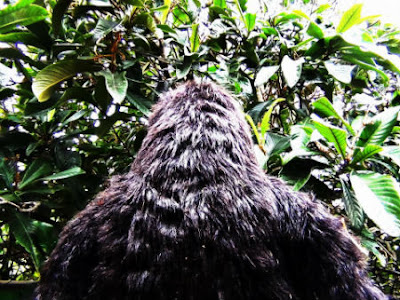 In early 2008 Melissa Hovey was contacted via email by a person claiming to have photographed a Bigfoot. Hovey sat on it for 4 years until she finally decided to release in February 2012. Since the release of the photograph, it has been analyzed by M.K. Davis and numerous other Bigfoot researchers like Bill Munns, who noticed some problems with the photo. Munns concluded that the figure seems suspicious, and while it cannot be called an outright fake, it could easily be faked. "If it is fake, it does represent a fair amount of both skill and expense on the part of the fabricator," Munns said.

My immediate concern was that the photo, if a game cam type, is cropped, since such photos usually have some time/date material included. So I must assume this photo was cropped. I have been told that the cropping was because something in the wider landscape would identify the location, and there was concern to keep the location secret. I find this explanation lacking, because the full image could be shown with minimal Photoshop re-touching of any landscape element which might identify the location, while still allowing more of this subject's body. So that issue immediately raised suspicion in my mind.

The hair is curious for its length and sparseness, with a pale flesh tone through the hair. This is not standard cheap fake fur. Such is occasionally seen with custom hair made by National Fibre Technology (NFT) for movie creatures, but it's not cheap. The mixture of greys and black hair colors is also something NFT can produce on order.

The disheveled lay of the hair reminds me of fake fur that's been mussed up rubbing against things and not brushed out. The fact that the hair tends to be consistent in density, length, and color tones, also is a characteristic common to use of artificial fur. Real mammals tend to have more variance of the hair (length, density, tone, or combinations of these traits) from the head into the torso and arm, but this does not.


Many others have attempted to match the photograph with Bigfoot costumes from different movies such as "Clawed" and "Abominable". To this day, no one has conclusively proven that it's a costume.

Recently, Bigfoot enthusiast Glenn Soutter did what no one has done. That is-- to recreate the photograph using a real costume and a real tree. It is believed that the tree in the background resembles a loquat tree, so in Soutter's recreation, the photo is taken using a toy Yowie and a Loquat Eriobotrya Japonica "Japanese Plum" in the background.

Although the photograph is realistic enough to pass muster, it still doesn't look anything like the Hovey photo. 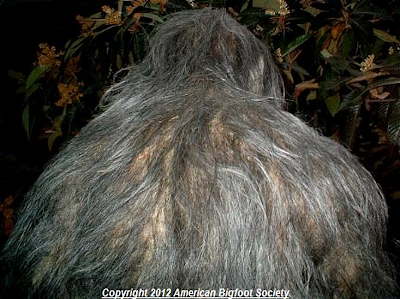