Did You Know That M.K. Davis Is an Amateur Astronomer and a Tornado Chaser? 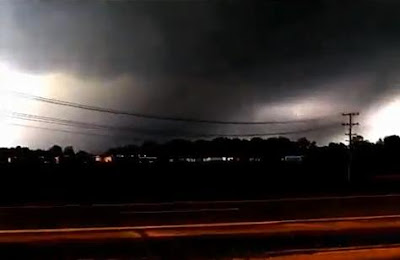 Our friend Sharon Day at Autumn Forest Ghost Hunter blog recently did an extensive interview with M.K. Davis. The article goes deep into the world M.K. Davis and what he does on his free time. For example, did you know that Davis filmed "the largest tornado" ever caught on tape? Davis claims it was one of the most difficult things he'd ever done.

He called it a "Yellow Tornado" because of the high amount of pollen in the vortex that gave it a yellow tinge.


The article also goes into some details about the recent Bigfoot videos we've featured here on this blog.  Davis stands by his videos and claims the films were taken by more than just one person and believes in the validity of each video.

There has been a lot of talk amongst a certain crowd of irritable and angry trolls in the Bigfoot realm that these videos are from a hoaxer, but MK is assured these films were not taken by one person, but several and he has spoken to them all and understands the context in which they were taken and their validity. As well, the videos were taken of such a great distance that it would be an exceptionally poor hoaxer who expects to use it as proof. He has also recently begun enhancing audio 2500 times over to find conversations going on with a language that is vague and unfamiliar, calls, whistles and grunts. A hoaxer who hoped to use such evidence would not record it at such a low level hoping that someone came along to amplify it thousands of times over to find it. He also found a video with "Whitey" the white Bigfoot who goes onto all fours with a strange gallop that brings his feet up around his head as he leapfrogs at incredible speeds. MK saw a Bigfoot do this in person previously on a roadway. It passed 15 feet ahead of him in the headlights, crossing the road in that same on-all-four fashion that confounded and amazed him. This is not a common knowledge or an easy thing to hoax by any human.


You can read the entire M.K. Davis article at Ghost Hunting Theories.