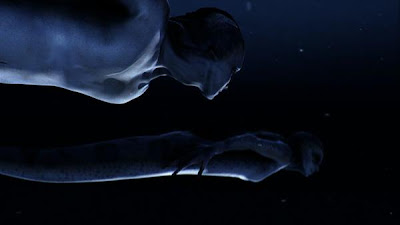 Editor’s Note: This is a guest post by Mackenzie U., a student of Environmental Conservation Studies. She believes in the possibility of Bigfoot and is hopeful that one day scientific methods will help prove its existence.

Last night was the splash heard around the world for Aquatic Ape Theorists in the form of Animal Planets latest creation-- “Mermaids: The Body Found”. If anybody did not know this yet, I hate to spoil it for you but Mermaids is what some would call a fake-umentary with a few strands of truth laced into the story. Yes, “The Bloop” does exist but it is literally a “bloop” sound. Yes, beached whales have been found with destroyed innards due to blunt trauma. And yes, there are cave paintings in Karoo that look like mermaids but they do not look like the ones in the show. Other than that, it is pure fiction but it did get me thinking about why the descriptions of mermaids tend to be very similar around the world. After researching many theories, I found one that makes sense. They were Amas.

The term Ama lends an air of mystery to what they are but in reality they are human deep sea divers. In Japan they are called Ama, in Korea the name is Haenyo, and some version of them are in every region that relies heavily on the sea for survival. Where this ties in with the mermaid legend is that the best ones are usually women because they are better built to endure the rigors of deep sea diving. Women tend to have more insulating body fat in critical regions of their bodies, keeping them warm in the cold oceans. Adding to the story is that many of these female divers wore minimal clothing if any at all. These women also trained hard to expand their lung capacity and to deal with decompression sickness, often making themselves hyperventilate upon resurfacing and singing loud songs while treading water between dives to keep their lungs expanded. 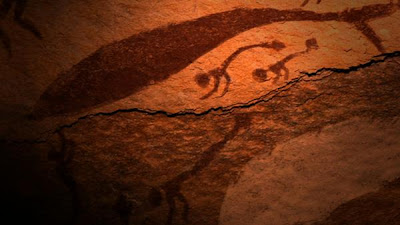 Now when you take into consideration societal norms that were in place during the era that these “mermaids” were encountered by sailors, it becomes easy to see why they would have thought these women to be part fish. In Europe, women were thought of as the weaker sex and even more so when heavy, hot dresses and corsets had them passing out en masse. This was also a time that a bit of ankle was naughty and a glimpse of a petticoat was their version of pornography. Now imagine what would have been going through these sailors’ minds if one day they came across a naked female diver out quite a distance from the shore, singing at the top of her lungs. That had to have been an amazing sight for these men, I would even venture to say that some may have made the error of steering close to the rocky outcrops that these women hunted their quarry in to get a better peek at the –ahem- personal floatation devices. 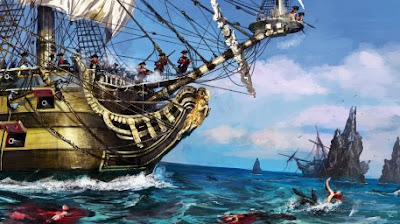 There is no way to tell if this theory is true, but the stories of mermaids and what is known about Amas and other deep sea divers lines up so well that it is a reasonable theory. In the end though, the purpose of Animal Planets “Mermaids” was to introduce the Aquatic Ape theory to the world and I think they were successful in their endeavor. Watching the show and researching early deep-sea divers certainly didn’t make me think that there were mermaids out there but it did make me stop and wonder for a moment about why we are so well adapted to a life with water and if these Aquatic Ape theorists were onto something.