Who Is The Number One Female Bigfoot Researcher In The Country? 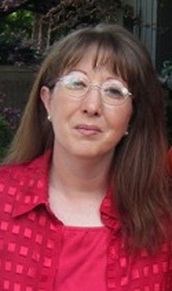 Thanks to Bigfoot Lunch Club for breaking this important story.

Melissa Hovey is the Bigfoot researcher who was once featured on all-female expedition episode of the History Channel's, "MonsterQuest". She has also co-hosted several internet radio shows, and is currently über boss of the American Bigfoot Society (ABS). She is a member of the Sasquatch Watch of Virginia, and a former member of the Texas Bigfoot Research Conservancy (pro-kill group).

Not only that, but she is a tough-no-nonsense paralegal who means business. Her zero tolerance approach towards copyright infringement led to the take down a popular YouTube user's video. The YouTube user allegedly violated some kind of copyright law when he removed the original copyright tag from Hovey's photo and used it as a spoof in his video. This special photo of Bigfoot's back is known in the Bigfoot community as the Melissa Hovey Bigfoot Photo (photo really belongs to her witness).

Guy Edwards of Bigfoot Lunch Club points out an interesting fact underneath the list of guest speakers who will be speaking at the Chautauqua Lake Bigfoot Expo this year. The header reads: "Guest Speakers: Including The Number One Female Bigfoot Researcher In The Country." We presume they're talking about Hovey since she's the only female guest speaker on this list.

According to the announcement on the website, here's what Hovey will be talking about at the expo:

Melissa Hovey will discuss at the Expo the emotional turmoil a witness to a Bigfoot sighting can go through, and the toll, this type of experience can and does have on the personal and professional lives of people who are simply talking about being witness to something they can’t explain. Are all these people lying? What do they stand to gain? The answers may surprise you.