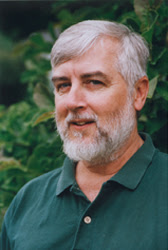 The fallout continues over at the Texas Bigfoot Research Conservancy. On Cryptomundo today, Loren Coleman stated his resignation from the TBRC group due to their "pro-kill" policy. Coleman is joining others like Craig Woolheater, who has also publicly distanced himself from the group he co-founded.

Back in July 2011, the group allegedly spotted a Bigfoot on Charles Branson's property and started chasing after it with shotguns. This event sent shock waves throughout the Bigfoot community. Many were appalled by their actions and demanded an official statement from those involved. A statement by TBRC Chairman Alton Higgins, declaring support for the need of "a specimen for documentation and study" did not sit well with those who believe that sasquatches are people. You can read about the July 2011 shooting incident by clicking here.

It's probably safe to say that the Ketchum camp welcomes this news as they have been strong proponents in pushing for Sasquatch Species Protection.

The time is now to take a stand. Killing, as an organizational stance by the Texas Bigfoot Research Conservancy (TBRC), is not acceptable to me.

The TBRC lists a Board of Directors, and a Board of Advisors. The latter members, besides formerly myself, are:

It is rather strange to be a member of the Board of Advisors of the Texas Bigfoot Research Conservancy (TBRC), and not be asked for my opinion, insights, or thoughts on trying to kill an unknown species in the field. I now see that the TBRC came up with a policy without letting me know.

As of today, I am resigning from the Board of Advisors of the TBRC. I understand that earlier today, John Kirk also resigned. John’s short statement related that he quit due to the following reason:

They have adopted a pro-kill policy and I am against this….I cannot condone this kind of thing being done in the name of science.


I find it unfortunate that the members of the Board of Directors of the TBRC are out in the woods, seemingly and randomly, shooting at furry animate objects they feel they should kill to prove the existence of Bigfoot. Besides the unknown legal implications of such behavior (What if the species is found to be Homo? What if it is a human in a hairy suit?), I have been an open advocate of the live capture (telebiology), and non-killing of hairy unknown hominoids for decades.

There is no reason for me to be a figurehead member of a group of advisors who are not being asked for advice. I must resign from this group, immediately.

John Kirk resigned, and brought to my attention the group’s active pro-kill policy, as noted in The Echo Incident and Operation Endurance.


After reading The Echo Incident and statements from the TBRC, Coleman is going to be more cautious about his involvement in other groups as well. "I shall be reexamining my 'board of advisor' memberships in all groups now," said Coleman.