Listen To M.K. Davis on "Inspired by Bigfoot", Tonight at 7PM Central 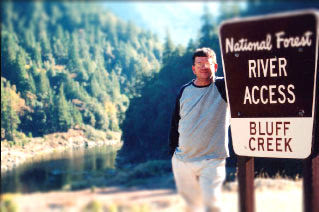 Tonight at 7PM Central time, M.K. Davis will be featured on the "Inspired by Bigfoot" radio show. Host Bill Lee and Davis will be talking about the Patterson-Gimlin film. M.K. Davis is considered one of the world's foremost experts in the analysis of the film.

"Inspired by Bigfoot" comes on every Tuesday evening at 7PM Central.


Click here to tune in at 7PM Central tonight.