A Glimpse Into The World of One Bigfoot Habituation, Or Type-2 Bigfoot Contact 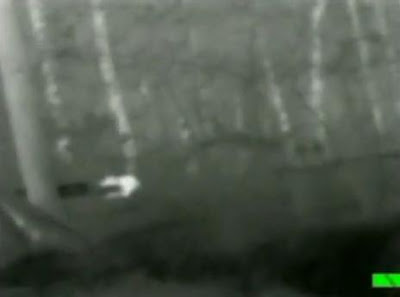 In his book Impossible Visits, Chris Noel explores claims of Bigfoot 'habituations'. Habituation is a term assigned to the practice of humans forming a trust or bond with a clan of sasquatches, much like what acclaimed biologist Dian Fossey accomplished with gorillas. Habituators often say they have regular encounters with the species, despite bringing forth no indisputable evidence corroborating their claim. After Dr. Melba Ketchum, a veterinary physician and animal dna specialist made admissions to participating in such activities via Facebook, her credibility has been under fire regarding the much anticipated scientific paper purported to confirm the existence of the sasquatch species through dna testing.

In this video compilation, Noel brings audio and thermal imaging from various alleged habituation sites, along with footage of some possible foot impressions he believes may have been left from a bigfoot. In one of the clips, a large tree is heard falling to the ground which he discovers to have been within an estimated six feet of where he had been sleeping. He includes wood knocking audio and an image of what he speculates to be an arm belonging to one of the creatures as it hides behind a woodpile.