Should The Sasquatch Community Have Commandments of Proof? 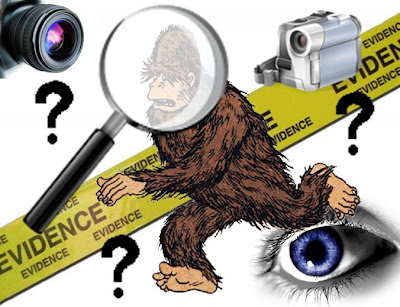 When I decided to this begin this endeavor and write about the Sasquatch enigma, I always do my best to give information based on the most accurate details I have available. I have no hidden sources or hidden agenda when I write my stories. I believe that when you place your name on a subject like Sasquatch you have to be very careful in what story you give to the Sasquatch community as being concise and factual. We must keep in mind that there’s a fine line between what some say is credible and fake. People will decide whether the information they are reading is factual or not in the first paragraph once they begin digesting it.

I have never stated that I am a professional writer or have a BA in journalism, but I believe that in this community we must start to weed out what is relevant and good information from what I call the “Write And Bait Tactic.” What that means is this: I give you some information from whatever source, whether someone else’s or mine. Let’s say I give you just a teaser to hook you in and then I string you along after I have you hooked. I build up your interest and make promises that this evidence will be the greatest thing you have ever seen.

After achieving the first part of the “Write And Bait Tactic,” I keep you waiting and then I write little hints once in a while to keep your attention and create a dramatic climax to the greatest thing you will ever see! Wait! Here it comes… and then total disappointment.

Many times the Sasquatch community has been promised the greatest evidence, the most amazing picture, that’s a Squatch, here’s a Squatch, and every where’s a Squatch! Squatch! Yet, to no avail, we are still left hungry for more, searching through every nook and cranny to try and find some factual and relevant information. Now, there are some great projects researching and expeditions going on to give us the truth. It’s fair to say that they are doing this very professionally and have real scientists collaborating with these projects. Just like the Ketchum paper promises to bring the most amazing revelations of the existence on Sasquatch, which I believe will put an end to all these debates and discontent with many in the Sasquatch community. At least I hope, and I do say that cautiously.

I know and believe the Sasquatch community is an intelligent one and 99% percent of the time, the community knows what’s real or not. But I believe that we must say, enough with ambiguous photos, videos and blobsquatches. We as a community must set commandments for honest, relevant information and media. Now I do understand that everyone has the right to have certain things private and other things need to have copyrights and cannot be disclose because of confidentiality agreements and what not. We all have been told that there are professional standards to be followed when publishing a scientific paper and I respect that. But, if you’re a public figure or a person involved in any medium, whether it be radio, video, blogs or news, there should be certain things we should be able to share with the community that always put their trust in our information.

These are my ideas of what those commandments should look like. If you want to add more feel free to do so, on your own:

1) If you have or do not have a written agreement or because of you moral and integral convictions, you believe something should not be disclosed or shared, then never share with us no matter what happens.

2) If privileged to evidence that can prove the existence or the possible existence of Sasquatch, have it tested and viewed and retested by credible sources to make sure that when you release this proof to the community, you can back up your findings.

3) When stating you have pictures of Sasquatch, make sure the photo is clear and visible and is the full frame of the photo and not a cropping of the original. Try to see if the photo has a stamp date. Many photos have Meta-data within them that can tell you when it was taken and what camera was used and have it analyze before sharing it with the community first. Also, if you have a series of photos, show us a few of the photos and not just one.

4) When stating you have video proof make sure it’s a clear video of what your capturing and if possible use proper stabilizing equipment to record the best video.

5) Do not make promises you cannot keep or use the “Write And Bait Tactic” on us. Just say you will let us know the exact date and time or just put the information out, but have it analyze before sharing it with the community first so we can make our own conclusions from the proof .

6) Everyone has the right to question your photo or other evidence if you voluntarily decide to put it out in the community, which includes the authenticity and source of the evidence.

7) Never say something is actually proof until it is confirmed by professionals in the research and scientific field of Sasquatch. There are plenty of professional that will give you a hand or talk to before you release something that could be considered significant.

8) Don’t take criticism personally just because someone thinks you’re wrong and don’t get upset if they’re questioning you. Remember, you’re the one who put out the information voluntarily.

9) If you believe something is significant and you have nothing to gain from it, just share it. Don’t come back later and say that you cannot and then put legal mumbo jumbo and excuses on why you cannot release anything else. Why even share it in the first place?

10) The most important one of all, have it tested and viewed and retested by credible sources before you share it with the Community.


As the weeks and month pass by, we the believers and skeptic alike are waiting for evidence of the existence of Sasquatch to be shared with the community. We will try to do this patiently but at the same we are cautious because many times we have been left wanting and waiting for more.