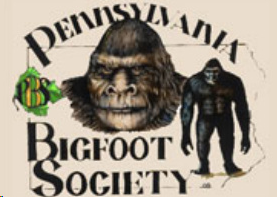 "For your review, opinion and enjoyment, I have attached several audio files that were recorded on an Olympus digital hand held recorder while on a Pennsylvania Bigfoot Society sponsored two day outing September 9 and 10th in the Forbes State Forest in Fayette County, Pennsylvania.

Here is some background information as to why our team was there.

A deputy State Constable and Security force supervisor claimed he had a sighting on this property at 3:30 am from a distance of approximately 50 yards away on September 8, 2011. The sighting took place after three weeks of almost unusual nightly sounds heard by several members of the security force that was guarding this construction site. The night shift of the security staff claimed they heard wood knocking, whooping calls, screams, growls and hoots almost on a nightly basis after dark. We interviewed them independently and their stories corroborated what the other officers stated. - Eric Altman, Director of the Pennsylvania Bigfoot Society"

These recordings were captured by PBS on September 10, 2011 between the hours of 1:30 am and 4:00 am. They are not claiming these were sounds made by Bigfoot. However, it does peek your curiosity a bit when you listen to the groups reactions.

"Although we find these recordings intriguing and interesting, we can not conclude they are from a Bigfoot creature(s). These sounds are what we term unusual.  If you are able to identify these sounds or would like to comment on these recordings, please contact us at our email which is contact@pabigfootsociety.com.  It is suggested  you wear headphones to reduce ambient background noise."

0145 Electronic call blast followed by multiple knocks south on road/hillside
Wood knocks begin at 27 seconds and go through 45 seconds. Captured by Connie and Chris Brinker on a Olympus digital recorder at 1:45 am.

0122 whoop south on road
3 seconds 1 whoop captured by Connie and Chris Brinker on a Olympus digital recorder at 01:22 am.