Bigfoot Community's Response To "Most Convincing Evidence of Bigfoot" Yet 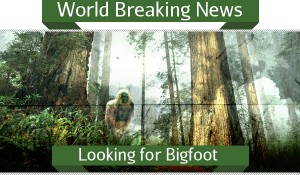 Since news that some amazing Bigfoot evidence is about to be revealed, the Bigfoot community has been going nuts. Some are skeptical, some are excited, and some remain neutral about this news. The group called Sanger Paranormal Society, led by Jeffrey Gonzalez is claiming that it will be the "most convincing evidence of Bigfoot" since the Patterson-Gimlim footage. How can anybody ignore this claim? Here's the buzz so far with headlines attached.


"This just came across my desk, as they use to say in the newspaper business. Please take it for what it may be worth…a promotional effort for a radio station? An attempt to drive people to a website? A hoax? A new piece of evidence from a “paranormal” or “UFO” society? OMG! Has it come to this?"

theoccultsection.com - “Most Convincing Evidence of Bigfoot” Yet?


"Ugh, here we go again. From Loren Coleman’s blog Cryptomundo comes news that some amazing Bigfoot evidence is about to be revealed, and they are claiming that it will be the “most convincing evidence of Bigfoot” since the Patterson-Gimlim footage. So why am I not too excited? Read the press release below to see why (and just as Loren Coleman did, I’m leaving in the bad spelling and grammatical errors)."


"Even though I do know Jeffrey, I am not privy to any of the evidence other than what is stated in the advisory. Honestly, I don't know what to make of this so I'm just going to post the release 'as is' and leave it up to you...Lon"

community.cbs47.tv - Proof of Bigfoot found in the High Sierra?


"O.K. Your thoughts? You buying it? Or, like me, will you wait to see the "evidence" they supposedly have?

If nothing else, it'll be an interesting news day!"

skeptoid.com - Making a bad impression (of a Bigfoot)


"What do any of those “credentials” have to do with the evidence? Nothing. They are meaningless.

The evidence must stand on its own, be warranted and make some sense. One (of many) major problems with this situation is revealing evidence via press conference gives you publicity, not credibility. In fact, the former works against the latter in this case. We’ve seen some ridiculous Bigfoot press conferences (the Georgia Bigfoot hoax) and so called “proof” before. It’s not ever panned out.

I guess we’ll have to see from the reveal how they actually KNOW it is a Bigfoot. Being that we really don’t know what Bigfoot looks like, I’m unclear how one could make a positive ID. And I’m REAL curious to hear if they were IN the truck at the time the impressions were made (which would make the story way more interesting).

Color me skeptical about this latest news; even the Bigfoot believers aren’t real excited."


Jeffrey Gonzalez from Sanger Paranormal Society is a regular here on GhostTheory. The press release issued by him claims of extraordinary evidence for the quest to prove Bigfoot’s existence. If in fact this is true, that they gathered a full upper torso imprint of Bigfoot, then this will turn the science world on its head. I’ve corresponded with Jeffrey for a few years now about UFOs and Bigfoot. Our conversations are light and mainly discuss cattle mutilation or Bigfoot prints.