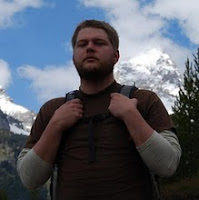 Matt Pruitt is an expedition organizer and an investigator for the Bigfoot Field Researchers Organization (BFRO). Since November of 2009, he's been using three Reconyx RC60 units in various configurations and with various strategies in an attempt to capture images of sasquatches. So far he hasn't been very successful. But that's not going to discourage him from capturing the elusive Sasquatch on film. Matt is confident that the technology within the Reconyx RC60 can be used to photograph sasquatches.

Matt suspect there is one major obstacle that has been preventing many game/trail camera owners from obtaining clear pictures of sasquatches. He firmly believe that sasquatches can see into the infrared spectrum. This is why they avoid (and circumnavigate) flashing infrared lights. 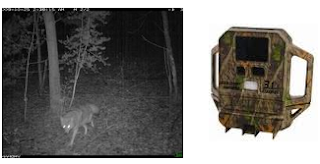 Matt's goal is to perfect a methodology of using the Reconyx RC60's with their on-board IR flashes disabled, and with an alternative, static IR light source, still illuminate the "scene" and "subject" enough so that the RC60 units can clearly photograph them. This way, he could use the units in an array that would visually cover a target area, but the units would emit no IR flash that would give away their respective positions.

This video documents the first experiment: using the IR flash from one "active" RC60 to illuminate the scene for other units whose IR lights have been disabled or obscured.

Watch how he sets it all up after the break.