A Bigfoot/UFO Encounter In Kansas 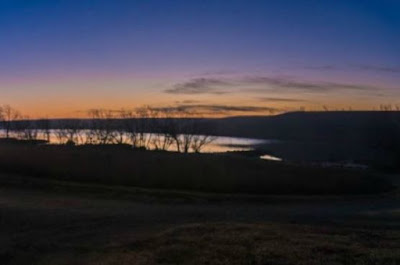 From the Phantoms and Monsters blog site:

“Until you experience Bigfoot for yourself, those who have made claims will no longer be crazy to those who have not witnessed them. Bigfoot is regarded as a tribe for Native Americans. There are still tribes in South America in the deep untouched areas that are being discovered. And many species of mammals appearing. For me, I am from Hawaii and was skeptical. But when I lived in Kansas, I changed my mind after it happened to me.

It happened in 2009, I tried to contact BFRO about it. It was in October at Chase County Lake, near Cottonwood Falls, Kansas. Before 10:00 PM, my ex-boyfriend and I made a fire at almost the far end of the lake and I sensed something was behind me. The fireflies were out and the glow of the fire was casting its light on the tall grass and the silhouette of the hill was noticeable because it was a full moon. My ex and I kept seeing what you call UFO's. They would look like satellites coming from one direction, then they zip fast towards the other direction like a shooting star. There were objects that would glow bright out of nowhere and then all of sudden disappear, then come back in different colors. Now that was going on for awhile and I then heard something brush in the grass. I looked and kept seeing a black large object move, but it was silent as it moved. I was thinking are my eyes playing tricks on me? I still felt a presence. It was very unsettling. I kept telling my ex about it and he did not know what it was, but I truly felt he was fixated on the objects in the sky. I kept seeing this large mass and I was getting frightened, so I tried to concentrate on the fire burning and staring at the embers flying up to the blue black sky, on the left, the moon cast its bright light.