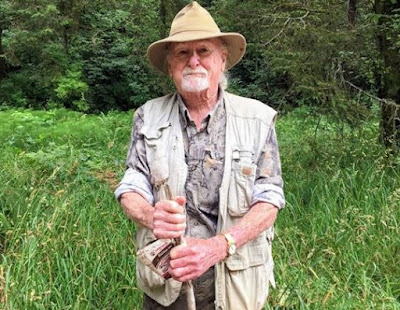 At 93, Peter Byrne is still out there hunting bigfoot. Byrne is one of the legends of the bigfoot world.

TILLAMOOK COUNTY, Ore. — A 93-year-old man who lives in Oregon’s coast range has a pastime most of us wouldn't expect. He may be in his 90s, but that's not stopping his hunt for Bigfoot.

Peter Byrne has spent much of his life searching for Sasquatch.

In fact, back in the 1970s Byrne ran The Bigfoot Information Center headquartered in The Dalles. We decided to track him down after seeing his name in recently released FBI documents that show that at least for a little while, the Bureau was actually looking into Bigfoot thanks to Byrne, who sent the agency a hair sample he thought was suspicious.