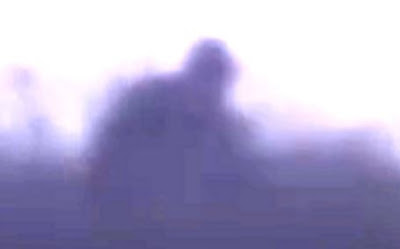 According to Dr. Igor Burtsev and his friend Kurtov German on FB they investigated this video. Video was filmed in Rep Of Bashkiria Aug, 2016 location between Volga River and Ural Mts Russia. They learned that one of the Menk was female (breast could be seen in stills pulled from video) They confirmed the footage as authentic AND at least one of the Yeti (running from the field?) caught up to the car and jumped on top of the trunk! The heavy impact caused a crack in the rear window and the car to stall. After that they got away from the Menk or the Yeti let them leave I'll try to find out. A bit blurry but Incredible footage of 2 aggressive Yeti chasing and attacking car encounter in daylight!