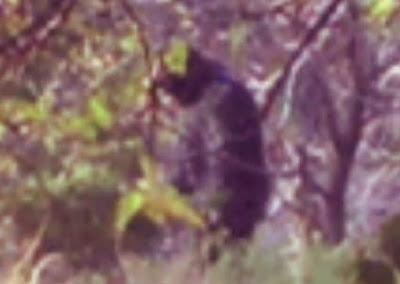 The Texas Wood Ape Research Conservancy submitted an paper to The Relic Hominoid Inquiry website, created by Dr. Jeff Meldrum. The paper contains an investigation of two wood ape photos from Central Oklahoma. The photos were taken by Russell Lumpmouth, a member of the Arapaho tribe, in November 2000 during an outdoor tribal function. According to Lumpmouth, an office secretary felt the photos were so disturbing that she deleted the files from her computer. The only copies left are some scanned copies that were printed on high quality 8×10 photo paper.