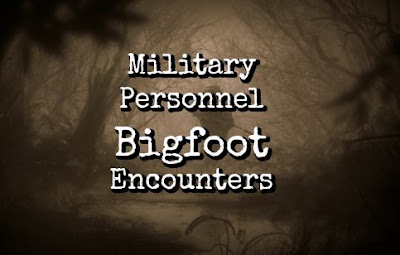 Recently, A man named Marc forwarded a first-hand account of an encounter with Bigfoot near Ft. Lewis, Washington in 1989. A friend of his had been stationed at the Army base.

He and his platoon were practicing a recon mission along the Nisqually River a few miles from the fort. The commanding office ordered one of the soldiers to swim across the river and scope out what was happening on the other side. The soldier did as he was told, and swam across the river. He climbed up the steep, muddy embankment on the other side and disappeared into the forest. The rest of the platoon waited for a few minutes and then heard the soldier scream. Seconds later, he reappeared into view, flying down the embankment with a terrified look on his face. He was in hysterics as he crossed the river.

When he was safely on the other side he collapsed onto the ground, and told his platoon that he had inadvertently run into Bigfoot on the other side. Caught off guard, the creature freaked out, and took off running in the opposite direction. As he recounted what happened, the other soldiers could unmistakably hear the sounds of something large and heavy barreling through the trees and foliage on the other side.