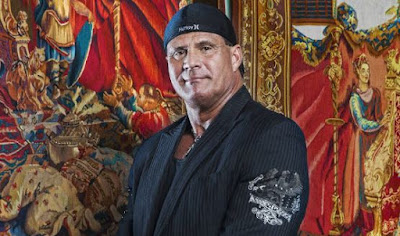 Former Major Leaguer, Jose Canseco, made headlines recently after talking about some alien conspiracies. Now he's offering private trips to search for bigfoot with him.

A message on his Twitter account said the former slugger and longtime Las Vegan is available for Bigfoot and alien excursions and listed a phone number.

It has been a while since my last Bigfoot encounter, which was invoking the size 22 sneakers of NBA Hall of Famer Bob Lanier in describing giant steps MGM Resorts was taking to land an NBA franchise. So I called the number. The voicemail box was full.

It has to be a scam, right?

Not according to Canseco’s manager and girlfriend Morgan Strelow, who informed the RJ’s John Katsilometes via email that the Bigfoot and alien excursion was legit, costs $5,000 and will be limited to “five lucky individuals.”