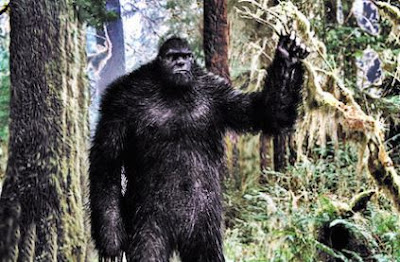 There are stories out there that may seem hard to believe, but they are claimed to be absolutely true. Stories of bigfoot not only allowing itself to be seen by humans, but actually living with them.

By far one of the most well-known and well-sighted cryptids in history is none other than Bigfoot, also called Sasquatch, a veritable rock star of cryptozoology. These huge hairy hominids have been sighted and searched for all over North America, and there have often been some rather strange and curious accounts indeed. Yet, even more bizarre than sightings of Bigfoot are the occasional tales of people claiming to actually live in close contact with these mysterious creatures, making detailed observations and even forming bonds with them and communicating with them. It is a truly unique phenomenon that is every bit as bizarre as you might expect.

This particular phenomenon is typically called “Bigfoot habituation,” the witnesses often referred to as “contactees,” and one can almost envision it as sort of similar to Diane Fossey and her gorillas living together and studying each other. There are numerous such cases, and one fairly major account of Bigfoot habituation comes from the wildernesses of Washington state, in the United states, and revolves around a witness named Sali Sheppard-Wolford and her family, also being an account that perhaps transcends just hairy hominid encounters to truly catapult to the realms of high strangeness. Wolford lived near the town of Orting, Washington, in the 70s, along with her daughter, Autumn, around which much of the tale seems to gravitate. They lived here in a rustic, modest, somewhat disheveled cabin, described as “an 11×33 foot wooden box with holes in the floor and a cold water faucet,” surrounded by quaint wilderness and a sea of trees, but almost as soon as they moved in there was strangeness afoot, and Wolford says in an interview with Jeffery Pritchett, of The Church Of Mabus Radio Show, of this day: