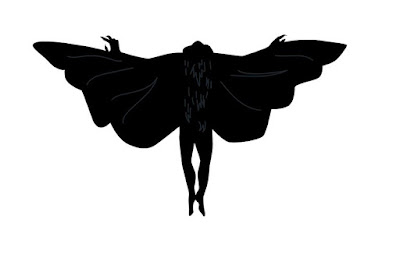 A 'Bat-Like' flying humanoid has been spotted, that seems to fit the description of mothman. The encounter took place in Indiana.

"[The witness] and his wife were traveling southbound on a county road, about a mile south of the Prairie Creek Reservoir near Muncie, Indiana," Strickler said. "The date was December 26, 2018 at dusk. A huge flying object caught [his] attention."

[The witness] is a military veteran, hunter, trapper and farmer who lives in the immediate area," he continued. "His knowledge of military flying craft, wildlife and his keen sense of observance was apparent while I talked to him. The winged being that he was observing was unlike anything he had ever seen before. The creature was flying just above treetop level and was easily visible to the witness. His reaction was to slam on his brakes in wonderment, exclaiming to his wife 'do you see that?' His wife was shaken by the sudden stop and was unable to react fast enough to see the winged being."